I Want to Sell My Timeshare Now – What Can I Do? 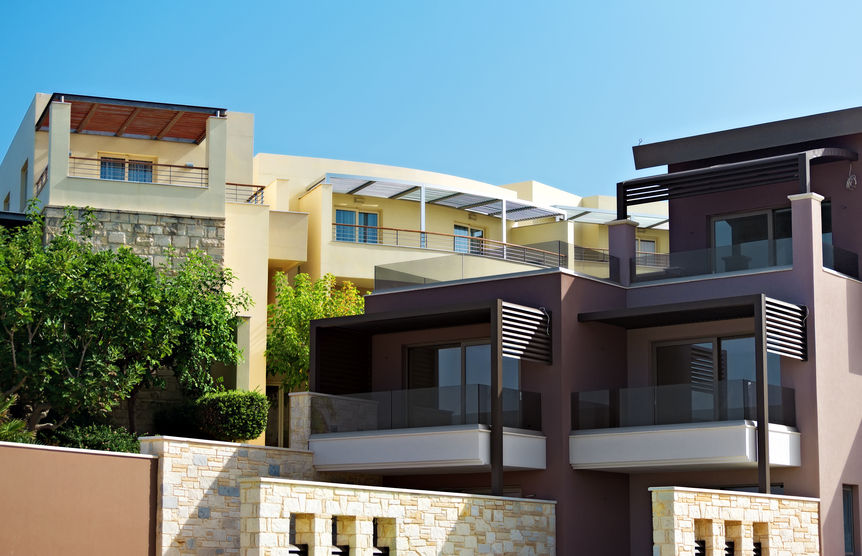 You may have many reasons why you want to sell your timeshare quickly – you may be tired of having to spend your vacation in the same place, you may not have the time to travel to the location of your timeshare and may feel that paying the maintenance and other fees associated with the timeshare are useless and unnecessary expenses or you may be in financial dire straits. Whatever your reasons, if you are wondering “how can I sell my timeshare now?” you must know that there are several ways to get rid of your timeshare quickly and painlessly – here are some.

Ask around among Friends, Family and Co-workers

If your timeshare is an attractive property located in a great place, you can find someone around who will be happy to have it. Ask around among the people you know whether they are interested – selling your timeshare to an acquaintance, a friend or a family member is the easiest way to get out of the unwanted contract.

There are many great, reliable companies that provide timeshare resale services. The process of using these agencies is very similar to the process of listing a standard residential property on a real estate listing site, the only difference being that these agencies work exclusively with timeshares.

One of the most important benefits of using these specialized websites is efficiency. They use the most advanced search engine optimization techniques to attract maximum attention toward your timeshare and many of them also provide complete assistance from start to closing the deal with your buyer.

The largest retail and general auction websites also have special listing categories where you can add your timeshare. The rules that apply to the timeshare selling process are the same as the rules for any type of selling on the website of choice, so before you add your listing, make sure that you know exactly how the bidding and the selling process will work.

Ask the Company You Have Bought Your Timeshare from

Many companies that sell timeshares also have repurchase programs in place, so you can ask them whether they would be interested in buying back the timeshare they have sold to you. If they are interested, the repurchasing process will be quick and efficient because they already know the property and they know exactly what they are buying and from whom.

The traditional method of placing an ad in a local newspaper is also an option – pick the most popular local paper, possibly one that has an online version, too because that way your ad is likely to be seen by more people.

Things You Need to Know

When you decide to sell your timeshare, be prepared that the timeshare market moves more slowly than the market of standard residential properties, therefore it may take longer than you expect to find the right buyer. In most cases, you must also be prepared to get less for the property than you paid for it initially – there are lucky situations, when the demand for timeshares in the area where your property is located has intensified since you purchased your timeshare, but these areas are quite rare and special.

Getting Out of Jail: How Much Do Bail Bonds Cost?

As a defendant in a case, you typically have the right to go free and prepare for your defense as long as you or someone else pays your bail. Unfortunately, bail amounts are not always cheap, and in some cases they can reach sums of more than $100,000.

Fortunately, with the help of reliable bail bondsmen, even that amount might be accessible. A bail bond is just what is needed in such cases, and the freedom and time gained will often be well worth the expense.

The Typical Cost of a Bail Bond

How much do bail bonds cost, and are the costs the same no matter where you are? Unfortunately, the answer to the first question is not always clear, since bail bond costs can differ depending on where the money is coming from and where you are located. While, in some states, bond agents will usually require 10% of the total amount, others are more expensive.

Bonds can reach up to 15% when it comes to the price you’d have to pay in Nevada, where the regulations are much stricter than in other areas. In Connecticut, the situation is similar, with bail costs being regulated by the local Insurance Department, and the minimum down payment is 35% of the total amount.

If you live in certain states, however, you have a much better chance at covering your bail with a lower payment, as long as you pay in cash. As an alternative to regular payments, these states will drop up to 90% of the bail, as long as you can pay cash. Should the case end without the defendant violating the conditions of the bail, the deposited amount is eventually returned.

The bonds agent has the responsibility to pay the bail amount in full, as long as the defendant follows through or agrees with all the conditions of the contract. In exchange for a flat fee and involving an often hefty interest rate, the payment is typically made through a bank, although some agents can pay smaller amounts in cash.

Depending on the state, the fees involved range between 10% and 15%. Also, in most places, state charges will require a smaller, 10% fee, while federal bail bonds will be at the higher end – meaning you’ll be expected to pay up to 15%. In some cases, bondsmen can also charge fees for additional activities such as phone calls and transportation, if necessary.

Amounts that are counted in the $50k – $100k range are considered large bail amounts. In such cases, the entire annual salary of a regular individual hardly be able to pay off the total amount, so there’s no way to cover the bail without resorting to a lender or a bail bonds agent.

Bail bonds are explicitly tailored to address such cases, minimizing the expense and hassle and ensuring that bonds agents can gain a fair amount of security on the provided bond amounts. Security is usually obtained against the personal assets or belongings of the defendant. For large enough amounts, the agent can even opt to take the mortgage against the defendant’s house or apartment, along with the 10% or 15% payment that will be required.  You may want to search for a bondsman near me, to find the best price for your area.

Why hire an estate planning attorney when you can draft an estate plan on your own? While an estate plan isn’t too complicated at first glance, it can involve a lot of details that you might have trouble with. Estate planning includes planning for incapacity, for the event of the property owner’s death and for a variety of other normally unforeseen problems which, however, have to be considered in the estate planning process. 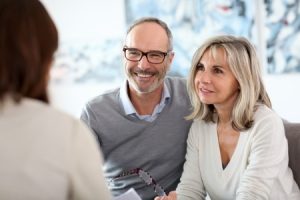 The Advantages of Hiring an Estate Planning Lawyer

Why hire a Denver estate planning attorney? First of all, a reliable expert can help you get through all the details of estate planning in one piece. With their help, you will more easily manage your estate and organize the estate planning process. The attorney knows all about how state and federal law would influence the way in which your estate would be inventoried, and they can assist you with a variety of crucial tasks:

With the help of an experienced lawyer, you can create a detailed and complete estate plan that doesn’t allow for any discrepancies. You’ll also get viable and accurate answers to all your questions and concerns, and you’ll gain assistance from a professional who has had experience dealing with local and state laws on a regular basis for the past years or even decades.

Should You Hire an Estate Planning Attorney?

In most cases, the main reason why you might want to hire an estate planning lawyer is to remove any doubts or concerns regarding the estate planning process. Without a detailed and accurate estate plan, the probate process could be lengthy and cumbersome, and it might even end up removing some of your assets. Also, estate taxes can be quite steep, and without a properly drafted will, your belongings could end up going to the wrong beneficiaries.

If, as the owner of your estate, you feel comfortable risking any of these issues, then an estate planning attorney is not for you. On the other hand, even if you’re interested in making a more informed choice, and you’re still on a fence about hiring an attorney, it might still be a good idea to at least contact a local estate planning lawyer, ask about the estate planning process, and make your final decision based on a greater amount of information.

If you happen to be the victim of negligence or intentional tort in Denver personal injury attorney are everywhere in the area are ready to be of assistance, provided that you explain the case with details and help the attorney of your choice with any information they may need in order to successfully prepare the case.

Being hurt by a passing car, through a construction accident, bit by an animal or assaulted by someone can give one the right to appeal to personal injury law, in order to receive compensation for their suffering. 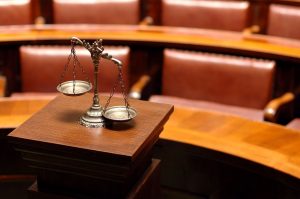 Personal injury law is a branch of law which handles wrongful conduct and the civil lawsuits occurring as a result of this conduct. The government will not prosecute the wrongdoer, as in this case, we are not talking about criminal law. However, the one filling for a lawsuit will usually demand material compensation in money for the wrongful treatment or the injury they have suffered.

When is the personal injury law applied?

Seeing as the law is based on the belief that every member of society is prudent and avoids creating risks for others, being responsible for their action, the occurrence of personal injury law happens when the negligence of another has caused a person to get hurt. If the court decides that the person accused of causing the accident or the hurt is liable (meaning they could have acted more prudently and avoided causing the accident, yet they ignored the risk their actions created for others, therefore they are responsible for their actions), the judge or the jury decides that the accused (and ultimately found guilty) party should pay the injured party who has filed a lawsuit (called “plaintiff”) for all the injuries they have suffered due to the accused party.

Still, the personal injury lay is also applied when the defendant (the one accused) will intentionally harm the plaintiff (the victim), as well as when harm is caused by defective products or loose animals or when the victim has suffered the accident during a highly dangerous activity in which the defendant was also engaged.

Denver personal injury attorneys agree that winning a tort case may be difficult, especially if the defendant will also argue that the plaintiff is also responsible for their getting hurt, as they did not manifest “due care” during the dangerous activity. They may also claim that the victim has assumed a risk by taking part in that activity and they consented to the action that in end harmed them.

For such cases, seeking professional legal assistance is mandatory for a favorable result. An attorney will also keep track of the terms required to fill a lawsuit (legally called “statute of limitations”) and other legal issues that can be of help to the case and with which the plaintiff may not be familiar with, should they not possess a law degree.